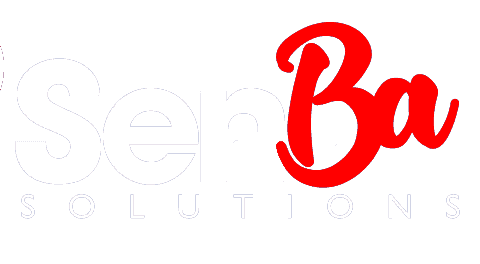 Every year, Google releases more than 3000 algorithm changes. That’s a lot of algorithm modifications. You are already aware that SEO changes on a regular basis due to the number of algorithm changes released by Google. While the majority of them are minor, the large ones can have a significant impact on your rankings. So, how should you get ready for it in 2021? What else will change in 2021?

I’ll explain how SEO will change in 2021 and what you should do about it. When I first started doing SEO, it was literally as simple as adding keywords to your title tag or content text. You could also rank on page one. In all seriousness. That’s how simple it was.

Your traffic should increase as well, but you must become accustomed to and accept the fact that it will fluctuate. That will become the new normal.

Trend number two is that positioning will be more important than ever, and that first spot will be the Holy Grail that you must shoot for and aim for. It will be extremely difficult to get there. It’s unlikely that building more links in your competitor’s domain will propel you to the top of the rankings.

User metrics, for example, will be important. But the reason I say position one will be more valuable than ever, and this is what we’re all aiming for, is that Google is constantly making new changes, such as being able to get mortgage rates or weather when you search, all of these types of changes, or even potentially being able to purchase tickets when you search, right, for travel, all of these things can affect your revenue.

As a result, as you rank lower and lower on page one, you will receive fewer clicks. And most people will say, “Hey, I want to be in the top ten because if I’m in the top ten, I’ll be on page one.” There aren’t ten spots on page one for a lot of queries out there. There is no such thing as a Google page one listing with 10 organic listings. That is no longer the case. We’re only seeing seven, eight, or nine queries or listings for some queries, right?

Third, user experience is now a trend. Search Engine Optimization (SEO) Google has something called pay to have experience, which they’re rolling out on mobile devices, and more people are using these mobile devices than desktop computers, as my cartoon hand is holding up.

So, if you want to succeed, you must optimize for mobile. And I’m not just talking about paid speed or your links, or whether people can read your site on mobile devices or if it loads quickly. I’m referring to the overall experience. How do you rate your mobile experience in comparison to other users? In comparison to the competition, do they find what they’re looking for right away?

Is it possible for them to scroll quickly and understand the product you’re selling or consume your blog content on a mobile device rather than having to go to a desktop computer to do so? I don’t care if you’re in B2B or not; your content needs to be mobile-friendly. That is extremely important. You will lose in the long run if you do not optimize for experience.

Fourth, the niches will be concentrated in niches more than ever before, particularly in SEO. And this is why. If you look at about.com, it’s a big company with a big brand, but the business was struggling. They weren’t doing well at all. They eventually broke into a handful of sites, and then they broke it into even more sites. They divided it into a few sites because they began focusing on niches.

They deleted most of their content. I’m talking about hundreds of thousands of pages of content. Not only did they increase traffic, but they also increased revenue by focusing on niche-related sites. You should concentrate your efforts on developing niche websites. It isn’t about creating a Wikipedia-style website.

If you want to do that, that’s great, but because there are over a billion blogs and a ton of sites and a ton of competition, they want to rank authority sites more than ever, and what we’re seeing is that people who focus on one niche tend to be better, well versed in that niche, not always the case, but in many cases. And they are more of a quote unquote authority figure.

So, in the long run, they rank higher because they cover each and every one of those topics in greater depth.

The fifth trend is that content length will become less important. If you look at the chart below, you’ll notice that everyone says, “Oh, if you want to rank, you need over 2000 words,” which I understand. Yes, content can help you, and for many queries, the top-ranking pages have over 2000 words, but that doesn’t mean you have to write 2000-word articles.

Do you really think someone wants to read a 2000 word article about how to tie a tie versus seeing an animated gif or a video about how to tie a tie if you want to rank for how to tie a tie? Get straight to the point with your content. And, as Google began to incorporate user experience into their algorithm, things like content length became less important because they know that if a user just bounces away, even if you have 2,500 words, they know it’s not that valuable and your rankings will suffer.

So, instead of obsessing over word count or keyword density, focus on the quality of your content and whether you’re getting the user what they’re looking for as quickly as possible.

Sixth, you will not need to build as many backlinks. With things like user metrics really taking off, we’re seeing that if you build too many links too quickly, it actually takes longer to rank and can hurt your rankings. So it’s better to just release your content instead of building links and letting it happen naturally.

And then, sure, do the manual outreach over time, but let your content sit for three to four months before you even begin that manual outreach. And when you do that, we see that your rankings rise faster and higher than if you built tons and tons of links from day one. It’s just not as natural. And I’m not implying that you’re purchasing links. You should never purchase links. You should never attempt to violate their or, at the very least, Google’s policies.

More importantly, you must be patient and slow. Surprisingly, taking the slow and patient route gets people rankings faster than taking the impatient quick route of building links right away.

Trend number seven, branding, will not suffice. Do you remember about.com? Everyone is familiar with about.com, a popular website, but even with that big brand, they weren’t ranking for everything. Why is this so? Because Google wants people to be experts in their fields.

Building a brand and adhering to the rule of seven, in which people interact and see your brand seven times, can help boost your rankings, but it is insufficient. You must be an authority in your field. So go ahead and focus on being the end-all, be-all expert in whatever niche you’re in.

Here’s an extra trend for you. We’re seeing that businesses will need to start thinking about global SEO from the beginning. SEO is no longer a matter of saying, “Hey, I’m in the United States, the United Kingdom, Brazil, or India, and I’m doing business.” It’s hey, I’m in business, and I’d like anyone in the world to buy from me.

As a result, you must begin thinking about global SEO as a strategy from the start, rather than just SEO in your region. And you’ll need to consider things like translations, as well as updating and repurposing your content in all of these regions. 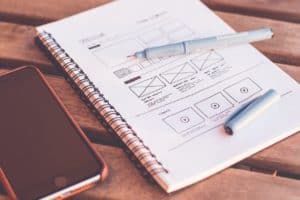 Is It Time for A Website Redesign? 6 Sure-Fire Indicators to Know for Sure 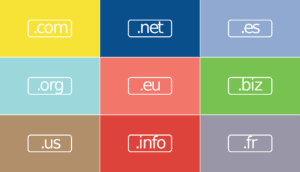 How to Choose a Perfect Domain Name for Your Website

You have a project?

We have the ideas.